Is too much salt dangerous? 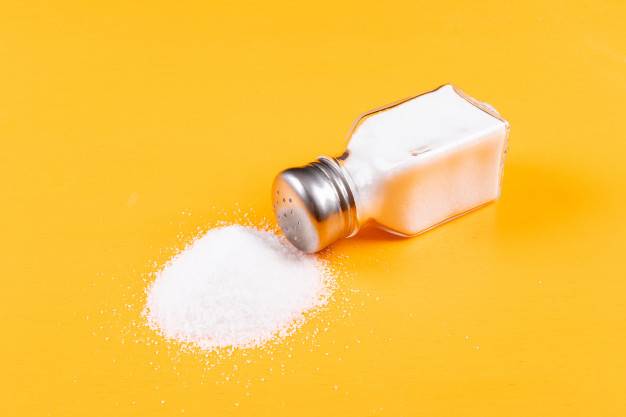 Is too much salt dangerous? Salt does not affect everyone equally, but there is good reason to stick to moderate amounts in your diet.

On average, we eat too much salt - more than a teaspoon and a half a day. Usually it does not come from a salt shaker but is hidden in the food you eat. But is it really bad for your heart to eat too much, or is it just a concern for people with certain risk factors?

There has been some debate on this subject, even among members of the scientific community. Is salt really bad for your heart?

There is a fairly undisputed effect of sodium on blood pressure. The effect is stronger in people with high blood pressure. In general, the majority of research seems to link lower sodium intake with both lower blood pressure and lower risk of cardiovascular disease.

Why does salt raise blood pressure?

When you eat too much salt, your body holds on to water in an attempt to dilute it. This extra water increases blood volume, which means that your heart works harder because it pushes more fluid through the blood vessels. More strenuous pumping in the heart puts more force on the blood vessels. Over time, this increased force can raise blood pressure and damage blood vessels, making them stiffer, increasing the risk of stroke, heart attack and heart failure.

Do people respond differently to salt?

Yes. Some people may be sodium sensitive and others may not ”. Part of that response to salt may be genetic. Research has shown that some people seem to be more sensitive to salt than others. These so-called salt-sensitive people usually see larger drops in blood pressure when they eat less salt. Other people may not see the same benefit. But in general, it is beneficial for most people to be aware of salt in the diet and to limit it.

How much salt is too much?

Researchers do not all agree on how much salt is too much. This reflects some of the challenges involved in scientific research on salt. For example, it is very difficult to measure the amount of sodium in the diet. Dietary questionnaires, which are often used to assess the nutritional levels of research participants, are not very accurate for salt. Not even 24-hour urine samples are not completely reliable; multiple samples are required to obtain the most accuracy. This may be the reason why different researchers have come to different conclusions.

While some studies have suggested that concerns about high salt intake in the diet are excessive, most large-scale studies have consistently shown cardiovascular benefits of sticking to a maximum of 2300 milligrams (mg) per day. For people with high blood pressure or other risk factors for cardiovascular disease, experts recommend even less - 1500 mg or less sodium each day.

Getting down to 2300 mg per day would be beneficial. The average person consumes about 3600 mg per day. So that would mean cutting out about a third of the salt for most people.

How can you reduce salt in your diet?

The best way to keep track of your salt intake is to read food labels. A good rule of thumb is to try to make sure that each serving of food contains less than 100 mg of sodium. Biscuits, sweets and preserves usually contain a lot of salt. A big culprit is canned soup, but even bread can contain a surprising amount of salt.

Making your own meals, rather than buying spoiled items, can give you more control over how much salt is in your diet. Instead of using your salt shaker, you can choose to season food with herbs or spices.

Why is too much salt dangerous?

In our recipes and weekly menus, we have taken salt intake into account.